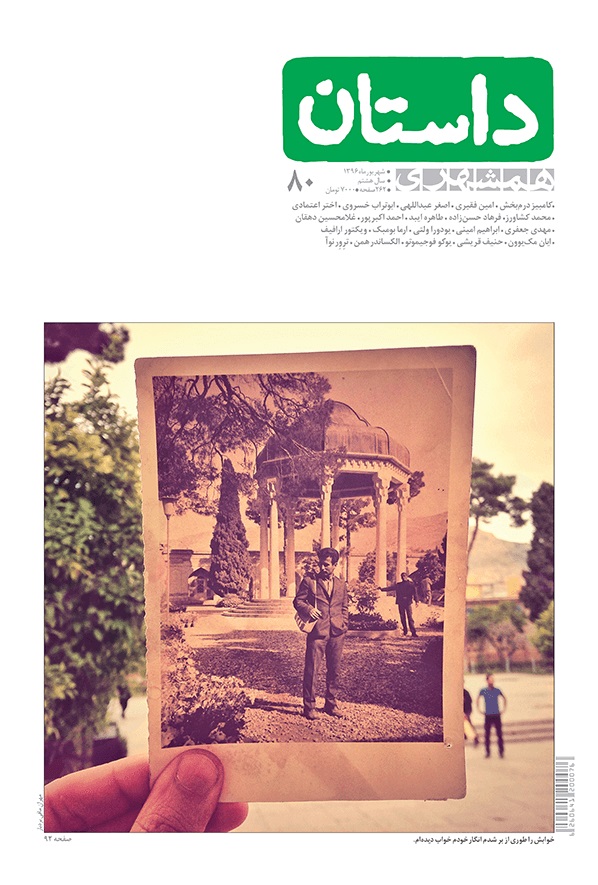 The first issue of Dastan Monthly was published in July 2010 and since then, it has been published regularly (11 issues annually). Right now, Dastan is the only Persian magazine dedicated completely to literature itself (not the news or reviews).
Dastan began with a circulation of 5000 copies, but rapidly and in the course of 6 months reached and passed 20000, becoming the most read literary magazine in Iran. What makes this figure more significant is the fact that the usual book circulation in Iran is around 1000-1500 in every edition. Dastan has tried to target the widest literature audience by standing between the extreme artistic and commercial perceptions of literature. Attending to popular literary forms like memoir, genre story and non-fiction while caring for their narrative quality, has made Dastan’s audience wide enough to cover professional writers as well as students and fond housewives. This quality has been strengthened by magazine’s graphic design which stands on the magazine-book border, and by professional visual works (photographs, paintings, …) that accompany texts.
Nasim Marashi works at Non-fiction section of the Magazine.
http://dastanmag.com/